by Manon Bolliger, facilitator and retired naturopath with 30+ years of practice | The Healers Café | 0 comments 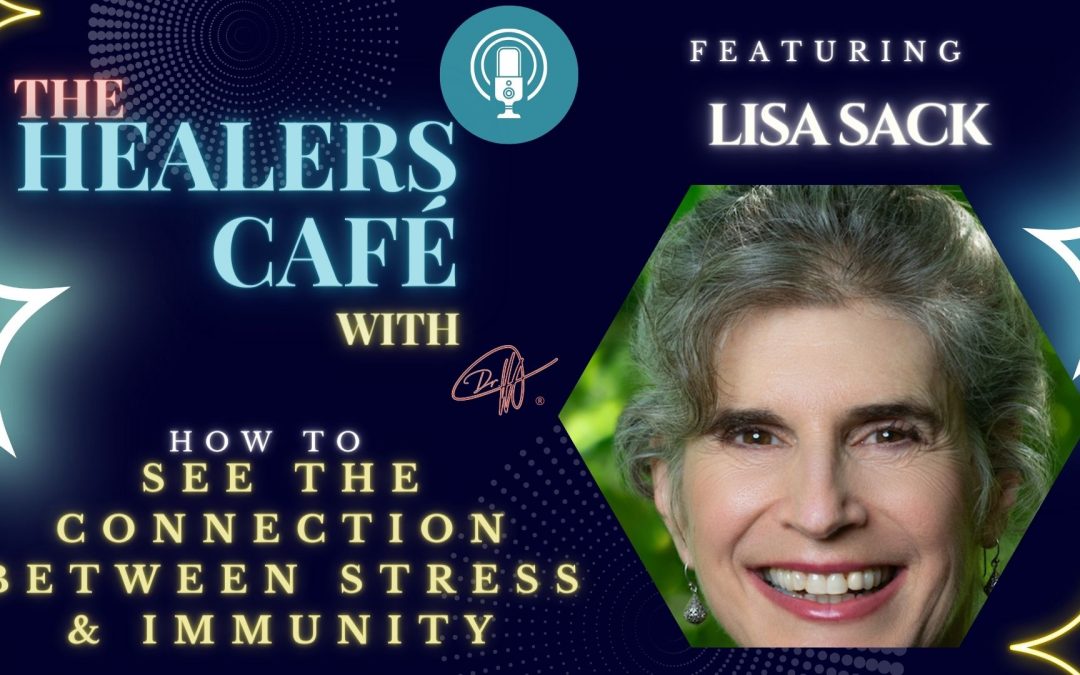 In this episode of The Healers Café, Manon Bolliger (facilitator and retired naturopath with 30+ years of practice) speaks with Lisa Sack, Āyurvedic Health Coach, a Somatic Movement Coach, and A Yoga Therapist

Highlights from today’s episode include:

I feel like what I see more than anything is just the degree to which anxiety levels in general are amped up. And as you well know, the minute anxiety and stress has ramped up that is going to compromise immunity. So, I always feel like if we could get more people to deal with that, to actually feel when they’ve got that coursing of hormones through their bodies that are designed to make them run away or fight. That if they could manage that, it would change an awful lot of what’s happening in their systems

I think I see it more in those terms, that getting people to really have the tools that they need to calm and soothe themselves will go a long way towards boosting their immunity.

it’s why in some ways, I think the ancient practices are so attractive, because they’ve been around for 5000 years, and there’s a huge body and I have respect for science, I have respect for, you know, the efforts to do clinical trials to prove things but, you know, just because you can’t measure something doesn’t mean it isn’t there and isn’t true.

I was born and raised in NYC and currently live in Brooklyn with my partner of 30 years, our dog and 2 cats. We have 2 children in their mid-twenties, one of whom just graduated from college and is living at home. I had a very peripatetic life before coming to the healing arts–I studied Comparative Literature at Princeton, then studied in England, where I became a Licensiate of the Royal Academy of Music, I worked in theater and production management until my early 30s, then went back to graduate school at Columbia University for an MFA in creative writing. I married at 34 and was a geriatric mom–had my kids at 38 and 40, so my mid-40s were the time of juggling job, at that time, working for a medical marketing firm and parenting. Various factors brought me to my current profession as described below.

Core purpose/passion: What am I NOT passionate about, understand that from the Ayurvedic perspective, I have a great deal of fire in me, and fire is ALL about passion. I am passionate about helping others learn to live with ease, grace, and authenticity. I believe that everyone can change, and that everyone has the knowledge within them to find health, well-being, and contentment. All that’s required is to take one small step in the right direction, and then another, and then another. To paraphrase Carl Jung, we are not what’s happened to us We are what we choose to become.

As a recently De-Registered board-certified naturopathic physician & in practice since 1992, I’ve seen an average of 150 patients per week and have helped people ranging from rural farmers in Nova Scotia to stressed out CEOs in Toronto to tri-athletes here in Vancouver.

My resolve to educate, empower and engage people to take charge of their own health is evident in my best-selling books:  ‘What Patients Don’t Say if Doctors Don’t Ask: The Mindful Patient-Doctor Relationship’ and ‘A Healer in Every Household: Simple Solutions for Stress’.  I also teach BowenFirst™ Therapy through Bowen College and hold transformational workshops to achieve these goals.

So, when I share with you that LISTENING to Your body is a game changer in the healing process, I am speaking from expertise and direct experience”.

Mission: A Healer in Every Household!

For more great information to go to her weekly blog:  http://bowencollege.com/blog.

For tips on health & healing go to: https://www.drmanonbolliger.com/tips

About The Healers Café:

Manon’s show is the #1 show for medical practitioners and holistic healers to have heart to heart conversations about their day to day lives.

Welcome to the Healers Café. Conversations on health and healing with Manon Bolliger. A retired and deregistered naturopathic physician with 30 plus years of experience. Here, you will discover engaging and informative conversations between experienced healers, covering all aspects of healing, the personal journey, the journey of the practitioner, and the amazing possibilities for our own body, and spirit.

So welcome to the Healers Café. So, I’m here today with Lisa, she’s a certified yoga therapist, ayurvedic health counselor, and we’re doing a short follow up interview on a pressing question that many people have. Can something be done when people’s immune system has been tampered with? And so I’m going to pass it to her, and this is our second episode. With what has been happening to many people who have taken two or especially three of these things that’s supposed to help them with the current…being careful with words. Have you seen, because people I mean, now we know scientifically that their immune systems are going down. Third, more than second, fourth is really bad. Have you personally been able to see that shift in the practice you do?

Ah, that’s a good question. I don’t know if I can give you an answer that’s specific to this. You know, when we think about immunity, for example, from the Ayurvedic perspective, there’s so much more that goes into it. In terms of using the body’s natural capacity to …

build immunity. I don’t think I have a good answer for you. I feel like what I see more than anything is just the degree to which anxiety levels in general are amped up. And as you well know, the minute anxiety and stress has ramped up that is going to compromise immunity. So, I always feel like if we could get more people to deal with that, to actually feel when they’ve got that coursing of hormones through their bodies that are designed to make them run away or fight. That if they could manage that, it would change an awful lot of what’s happening in their systems. I mean, I’ll give you, you know, so from an Ayurvedic perspective is really interesting is that nutrition of our systems and of our tissues is sort of linear. We first nourish our plasma, and then our blood and then our muscle tissue, and then our fat and then our bone tissue, and then our nerve, and then our reproductive tissue. So, if there’s a problem early on the line, your tissues, reproductive tissues, which help with both, of course, reproduction, but also with immunity, they don’t get nourished, which matches the whole stress response, right, that the diet rest and digest shuts down when we are, you know, funneling all that energy to the big muscles and to our heart and to our respiration. So, I think I see it more in those terms, that getting people to really have the tools that they need to calm and soothe themselves will go a long way towards boosting their immunity. Does that make sense?

Yeah. Yeah, no, no, it makes sense. Um, again, I agree with you. What I didn’t…I didn’t get that part. But you’re absolutely right. It is the reproductive system that’s last, which when the Pfizer research came out, and you know, it was 28 out of 29 of the women who were pregnant during this trial, lost their babies. That’s huge. Right. And that’s…I don’t know if they were in fear or not. I think it’s I think they were feeling like they’re part of something good. But the body still, you know, reacted.

Manon Bolliger here and I want to thank you for taking actionable steps towards engaging your healing journey, and helping others discover their path by watching, sharing, subscribing, and reviewing these podcasts. Every review and share helps spread the word these different perspectives and choices and options for healing. And to thank you, I’d like to invite you to sign up to my free seven sequence email tips on health and healing for everyday life. You can go to https://www.drmanonbolliger.com/tips, thanks so much.

By that first, you know, we know the numbers are, are massive of miscarriages and way more than they ever were right?

With so much that I, you know, we don’t know.

And I had I used to have an anatomy teacher, I’m sure this wasn’t original to her, because I’ve heard other people say it, but you know, where, you know, whatever we think we know now in 25 years, 50% of just gonna be wrong?

We don’t know, we don’t know. And it’s why in some ways, I think the ancient practices are so attractive, because they’ve been around for 5000 years, and there’s a huge body and I have respect for science, I have respect for, you know, the efforts to do clinical trials to prove things but, you know, just because you can’t measure something doesn’t mean it isn’t there and isn’t true. You know, that’s a lot of the key…in India, they’re doing a lot of studies to really, you know, along the western paradigm of randomized controlled trials to look at ayurvedic therapies and interventions. And they’re trying to really to do that to support the use of the traditional practices. But I just, I mean, anecdotally, I see that the people who take them on and begin to do them, they change, and they are healthier, and happier and more contented.

Yeah, there’s lots of ways of doing studies, you know, that’s the thing, right? Because there’s some that take into account all of these aspects as well, you know

I don’t I don’t particularly have a problem with science. But I understand that if you don’t have the ways to measure a thing then what do you do with that, you know, or that misunderstanding, you know, like these, those studies and homeopathy where they say, Well, I gave the same remedy for diarrhea to everyone. And it didn’t work. Well. That’s not how homeopathy works. You know?

I know. I know. I know. It’s also it’s interesting, because it’s a lot of the problem with the research that’s going into yoga now is the same way is that what you see is being offered as yoga as the therapy is people going to a class. But that’s not how you would work with someone who had a particular condition. You wouldn’t send them to a class taught by someone who only had a 200-hour training you send them to a therapist who would design a practice for them. Or you might create a group therapeutic class where everybody has the same condition. And then you could look at it that way. But it’s not how they’re…so it’s hard. It’s like, well, what does it mean? What are you talking about when you say you use yoga? What were you doing?

You’re welcome and on. It was a pleasure to speak with you.

Thank you for joining us at the Healers Café with Manon Bolliger. Continue your healing journey by visiting TheHealersCafe.com and her website and discover how to listen to your body and reboot optimal health or DrManonBolliger.com/tips.

* De-Registered, revoked & retired naturopathic physician, after 30 years of practice in healthcare. Now resourceful & resolved to share with you all the tools to take care of your health & vitality!

If you haven’t done so, would you please  RATE and REVIEW The Healers Café podcast? It definitely is appreciated.  Find it on: 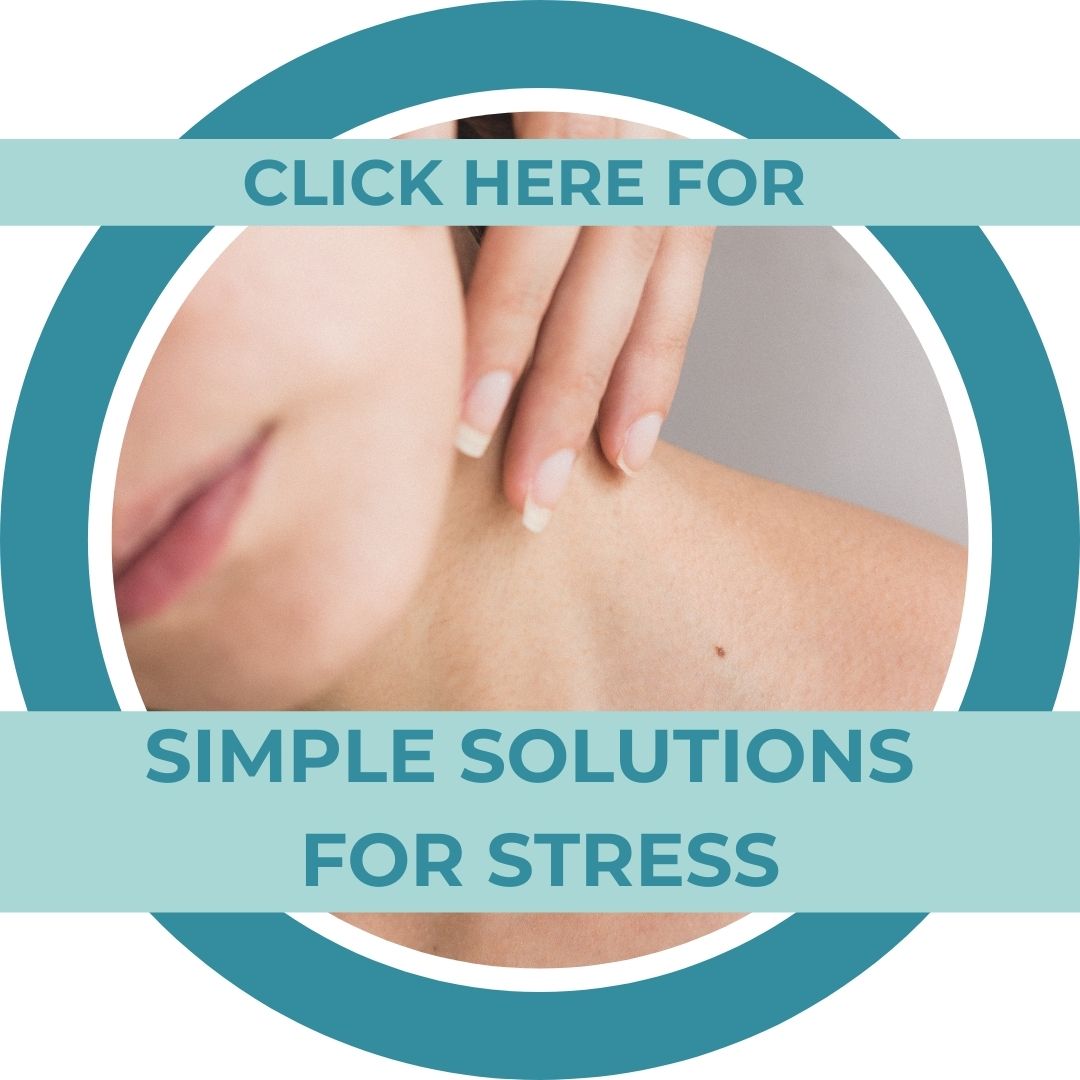 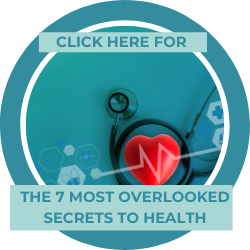 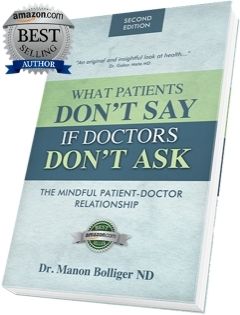 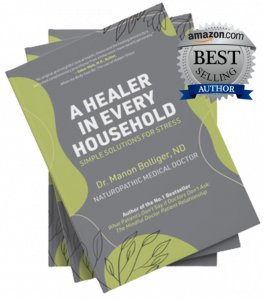 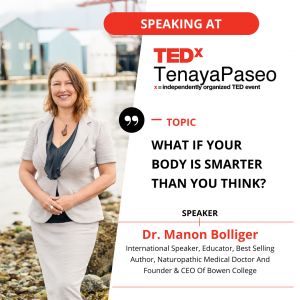 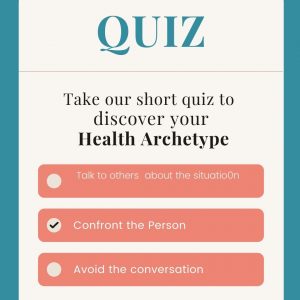 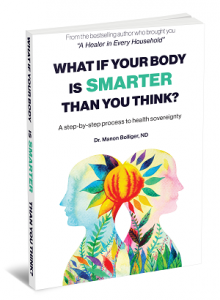